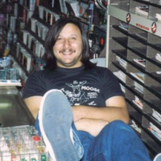 After selling Fat Moose Comics, I moved to Mercer Island, Washington in September of 2014. I'm excited to be able to provide the Eastside community (not to mention all of Seattle!) with a great destination for comics and related merchandise. Mighty Moose Comics is now open! We are conveniently located inside the Factoria Mall in Bellevue, directly across from Verizon and Torrid.

We carry new comics, back issue comics, trade paperbacks, graphic novels, t-shirts, action figures, statues and mini-busts, comic bags and boards, comic boxes, and other supplies, as well as some Magic the Gathering and Pokemon cards and other collectibles. We offer a free in-store comic subscription service. You can also have your comic collection appraised in-store or at your home. Thanks for checking us out! We look forward to meeting you soon! :)

Check out our commercial

​You can find it here on our Facebook page as well as our Instagram! Just search Mighty Moose Comics to find us if you haven't already followed or liked our pages.
Proudly powered by Weebly